What Is The “Screen-Door” Effect & Why Does It Happen? 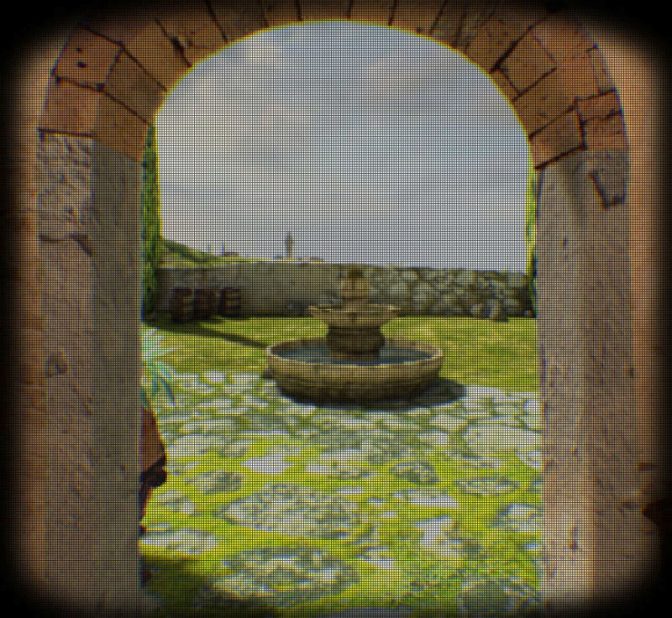 Have you ever taken a closer look at the images portrayed by a digital projector and see the tiny fine lines in between the pixels?  What you can see with the naked eye are the pixel line spacing that lies within each unique pixel.  It is a type of fixed-patten noice that is usually called by the tech community a “screen-door effect” simply because it resembles the mesh screen you commonly find on screen doors.

The screen door is nothing new — it has appeared on LCD TV displays for years, and the older the monitor is you look at the more prominent the effect is.   If you ever sat too close to the TV when you were younger you would have definitely noticed.  With the advent of ULED and the newer TV’s no longer have this effect due to upgraded technology and calibration, however the phenomenon has reoccured with the emergence of Virtual Reality headsets.

Why Does Screen-Door Effect Happen

The screen door effect happens when the digital images are scaled so big that you can see the space in between the LEDs.  Whether that is caused by the lens or from being too close to the display.  If you have ever looked at your phones screen or computer monitor through a magnifying glass you would be able to see a tiny grid of light-emitting diodes (LEDs), whether its an OLED or AMOLED display.

In order to see the screen-door effect in your VR headset you need to actively focus your eyes straight forward at the display screen itself.  You then simply need to move your head around and the head-tracking technology will adjust the image to where you are looking while the LEDs remain stationary.  This emits a grid of LEDs you are staring at all the more noticeable.  You can notice it much more if you are actively trying to notice it.  Some people will be more sensitive to the screen-door effect than others and cant help but find it distracting.

The screen-door effect should not be mistaken for anti-aliasing effects, which relates to game graphics specifically as they render smooth curves with square pixels.  As mentioned previously, the VR screen-door effect occurs due to a combination of the headset lenses that are used to refract images as well as it being in such a close proximity to your eyes.

Essentially you are dealing with a much smaller screen, magnified.

So this begs the question, should you be concerned about the screen-door effect having a negative impact on your VR experience?  In our opinion it shouldn’t matter too much.  Most concerns about the screen-door effect have been raised over the past few years based on experience with early stage headsets like the Oculus Rift DK1/DK2.  During this time it was much more noticeable and distracting for the end consumer, but as the HTC Vive and Oculus Rift improved they have made it much less noticeable.  And now with the HTC Vive Pro it has become almost a non-issue as it is almost completely unnoticed to the naked eye. 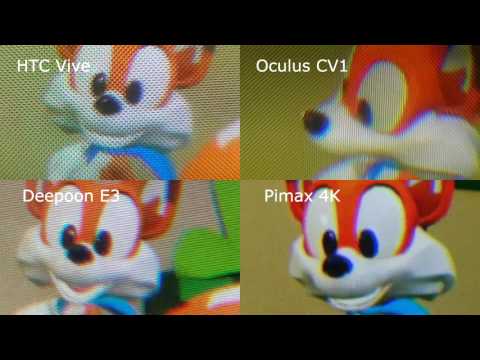 Even though it has been greatly improved, it is still there the same way it is still there on TVs and smartphones screens, its just a little bit more noticeable because your eyes are so close to the screen.  Fortunately it is not so distracting when you’re in the head of the action slashing boxes in Beat Saber or shooting down aliens in Space Pirate Trainer.

Like anything with VR you are dealing with a much smaller screen and its magnified via lenses and positioned mere inches from your face.  As screen technology for Virtual Reality headsets improves we will see this dissipate more and more as advances and 4K resolutions become mainstay.